HomePetsAll The Facts & Info You Need To Know About Panamanian Golden...
Pets You may have heard about the Panamanian golden frog but don’t really know what it is or why it is so endangered.

The fact of the matter is that this tiny frog has been eradicated from its native forests.

Now, this beautiful frog lives in managed care facilities in North America. These facilities work to maintain the frog’s health and well-being. Although they are relatively small, they are members of the true toad family and display bright colors. They have slender limbs, long heads, and bulging snouts. Their body is flat on the dorsal side.

The Panamanian golden frog, Atelopus zeteki, is a critically endangered species that is found in the rainforests of western-central Central America.

The IUCN has classified it as endangered and it may even be extinct in the wild. The species was named after entomologist James Zetek, and is endemic to the region.

The Atelopus zeteki is a diurnal, terrestrial frog that lives in montane forests and breeds in forest streams. It is native to central Panama and breeds in the wild.

It feeds on small invertebrates such as ants, beetles, silverfish, and springtails. This species has also been kept in captivity for research purposes. Despite its cryptic appearance, the Panamanian golden frog can communicate using a form of sign language. Their vocalizations consist of chirping and trills.

Because of its tympana, the species cannot hear or see sounds. But its hand movements, which resemble finger gestures, help it communicate with its fellow amphibians.

The Atelopus zeteki is a carnivorous species that eat a variety of animals including invertebrates and insects.

The toxins that it secretes are extremely toxic. While they do not have the potential to kill humans, they are still an important part of wildlife conservation.

Across the world, the Panamanian Golden Frog is suffering from a drastic decline. Scientists believe the primary cause of its demise is habitat loss and pollution from agricultural chemicals.

In Panama, the frog is considered culturally important and honored as a symbol of biodiversity, yet it is in peril of extinction.

In addition, a fungus that causes disease in many amphibians is threatening its future.

The fungus has killed nearly half of Panama’s frog population in recent years. In late 2005, the disease destroyed the population in the El Cope nature reserve.

It continued to spread in 2006, reaching El Valle, where it survived in three streams.

In 2008, it spread to central Panama and, later, to the Darien region, making it the last area in Central America without this disease. Although the Panamanian Golden Frog is small and has unique skin patterning, it may already be extinct in the wild.

In Panama, the species is commonly found in streams in both wet and dry forests. There are no safe places to release captive-bred tadpoles or juvenile golden frogs.

These animals are protected by law in Panama, but this won’t make them extinct in the wild.

The fungus, “chytrid,” has destroyed the habitat of the Panamanian golden frog, killing most of the wild population.

Chytridiomycosis is a deadly disease that damages frogs’ vital functions, including the heart.

The Chytridiomycosis in Panamanian golden frogs is caused by fungi that infect a variety of infected animals, including humans. The disease is also known as Cerro Campana stub foot fungus and is potentially deadly.

However, if you want to prevent this disease, you can avoid contact with infected animals by following a few precautionary measures.

The disease affects mountain stream-dwelling frogs and can kill them in massive numbers.

The fungus infects the animal’s skin and causes it to fail to exchange salts with its environment, causing irreparable damage.

As a result, the animal cannot maintain its vital functions and eventually dies of asphyxiation. Conservationists say that it’s crucial to protect the species from this deadly disease. The fungus “chytridiomycosis” is responsible for the decline of 501 species of amphibians around the world.

The disease was originally thought to have caused the extinction of the Panamanian golden frog.

But recent research has found that the Panamanian golden frog can withstand the fungus and continue to live in the wild. In fact, the fungus has been detected in frogs in the Maryland Zoo. Researchers have devised a simple way to eliminate the disease. One way is to prevent the spread of the disease. The only way to do this is to protect the Panamanian golden frog from further damage.

Unfortunately, the Panamánian golden frog has been in decline for the last ten years, with the population decreasing by 80%. It is believed that the fungus causes this rapid decline.

Project Golden Frog is an international conservation consortium of American and Panamanian institutions, which works to raise public awareness of the threats to amphibians worldwide.

The Panamanian golden frog was a common sight in the El Valle de Anton in the 1940s, but over-collection by local children severely reduced its numbers. Some children would simply tie a piece of string to the legs of a live toad and swing it over their heads.

Now, it’s rare to spot one of these frogs, which are critically endangered. Here are some facts about this endangered species:

The Panamanian golden frog breeds during the dry season, when water levels are lower in streams. During this time, temperatures range between the low 70s and high 90s.

Males often climb boulders and wait by the stream’s edge for the female to arrive.

A successful male will remain in the area for days or weeks. During mating season, male Panamanian golden frogs vocalize to attract a female.

The population of the Panamanian golden frog has declined drastically due to “chytrid” fungus. This fungus destroys the frogs’ natural habitats, resulting in the extinction of more than half the species. Several other threats, such as habitat destruction and over-collection for pet trade, are contributing to the frog’s plight.

Nevertheless, the species is still classified as critically endangered, which means that the frogs are unlikely to reach the next status, “extinct” unless they reach extinction in the wild.

The Panamanian golden frog is a small, diurnal lizard that lives in montane forests. Its diet consists of small invertebrates such as beetles, flies, springtails, and ants.

The species is found in moist and dry areas of Central America and is endemic to the country. Those who collect them do so to collect the beautiful frogs for pets and for the pet trade.

READ ALSO:  All The Facts & Info You Need To Know The About African Clawed Frog

Toxins present in the skin of the Panamanian golden frog include steroidal bufadienolides and guanidinium alkaloids, a family of tetrodotoxin molecules. 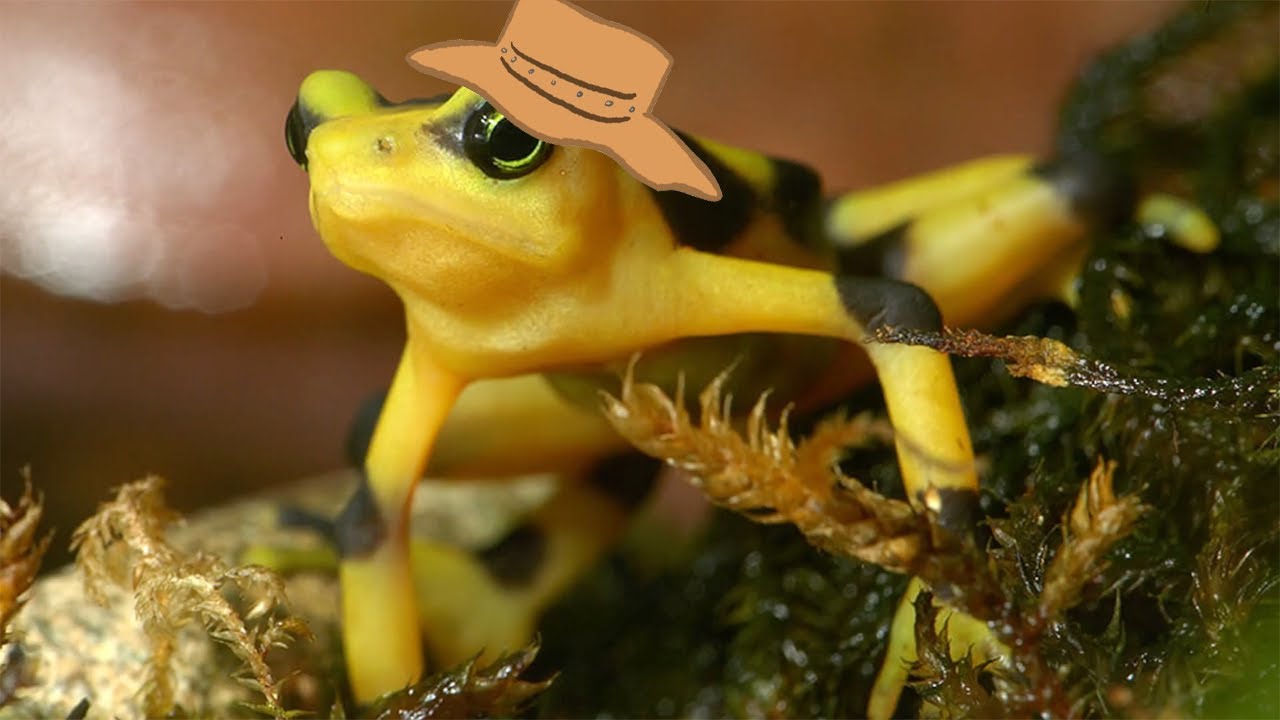 One such toxin is zetekitoxin AB, which is in order of magnitude, more toxic than saxitoxin.

It has been isolated and purified from the skin of the frog and is highly toxic, killing a mouse in twenty to thirty minutes. In addition, zetekitoxin AB, is highly toxic and can kill up to 1,200 mice in a single dose.

The toxic substances contained in the Panamanian golden frog’s skin are present in two types of habitats: wet and dry forests and fast-flowing streams.

While the skin of the frog is a sign of its poisonous status in the wild, its skin is toxic to humans, and it’s also a warning for frog predators.

The Panamanian golden frog is considered a good luck animal in the country and is the official national animal. The disease is caused by a fungus that affects amphibian populations and has caused mass animal deaths. It first appeared in the late twentieth century and has spread around the world.

Eventually, the fungus made its way to Panama, where it is currently found in nearly every tropical country. Fortunately, there are no known vaccines for the Panamanian golden frog.

There is a fungus that infects the frog’s skin, which is known as Batrachochytrid. In addition to being poisonous to humans, the Panamanian golden frog’s skin has anti-microbial properties.

Toxic agents can cause seizures, circulatory failure, and even death in a mouse.

Finally, we hope you found this article interesting? And what do you think about ”All The Facts & Info You Need To Know About Panamanian Golden Frog!?”