Are you curious about the Poodle breed? Here are some facts and information about the standard Poodle, Moyen Poodle, Toy Poodle, and Miniature Poodle.

Before you decide on a breed, learn about the history of the poodle, where it came from, and how it came to be popular. The fur is also special and has been compared to that of other breeds.

Before purchasing a Standard Poodle, it is important to know some facts about them. 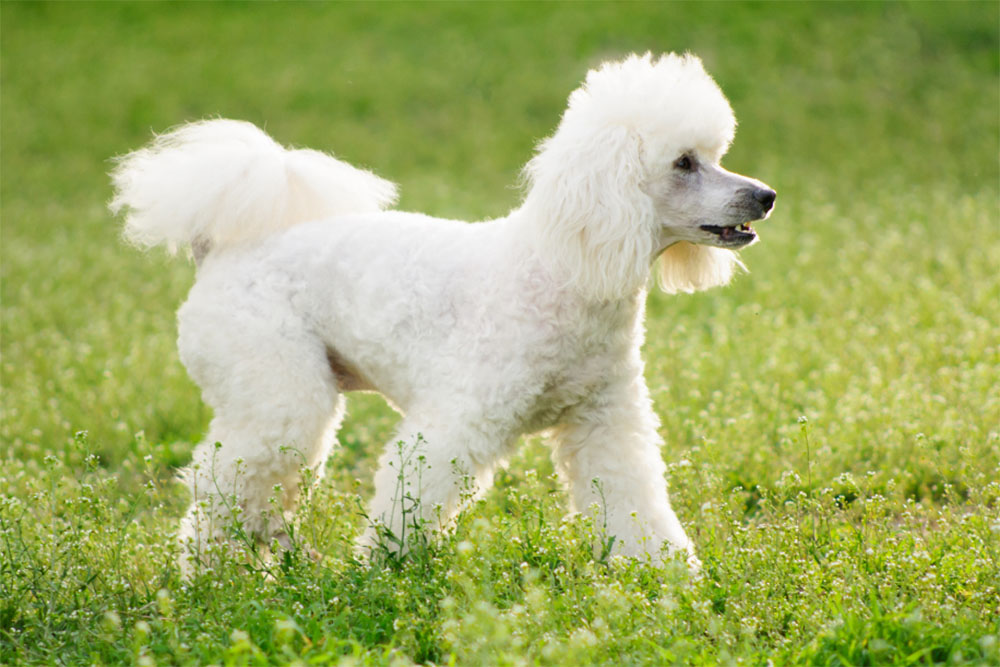 First, they are one of the breeds most susceptible to gastric dilatation and volvulus (GDV).

GDV occurs when the stomach fills with air and flips over, cutting off the blood supply to the gut.

Prophylactic gastropexy prevents this from happening. Rescue centers are common in many countries.

The standard Poodle was first recognized by the AKC in 1887. The AKC, or American Kennel Club, recognizes one or more recognized breeds by the standards that define the ideal dog.

These breed standards are laid out by the parent breed club, which is then accepted by national or international bodies. Standard Poodles come in a variety of colors, including black, apricot, and white. Poodles are low-allergen dogs with an elegant and athletic appearance.

The Standard Poodle has a relatively long lifespan, typically twelve to fifteen years.

The breed is prone to certain health conditions, such as hip dysplasia, which causes pain and loss of mobility.

However, a reputable breeder will routinely test breeding stock to ensure that the dogs are free of these ailments.

This way, you can rest assured that your dog is a healthy and well-balanced purebred.

The name Poodle comes from a German word that means “puddle.”

While these dogs were originally bred to be waterfowl retrievers, Moyens were created as companion dogs. They require daily walks and playtime in the yard. They also enjoy playing in dog parks and enclosed yards.

These dogs also enjoy playing with toys and participating in various canine sports. The breed is highly intelligent and has excellent social skills.

If you’d like to learn more about the Moyen poodle, read on! It’s easy to see why Moyen poodles make excellent companions.

When choosing a puppy, check the health history of its parents. A healthy parent’s health will be of utmost importance. Puppies with champion bloodlines tend to be more expensive.

READ ALSO:  Everything You Need To Know About Afghan Hound Puppies

However, a puppy with a clear parentage will be healthier than one that hasn’t had health problems.

When it comes to size, the Moyen poodle grows from fifteen to twenty inches tall. At that time, they weigh between twenty and thirty pounds. Because their size is perfect, they don’t have the same fragility issues as small dogs.

While they are large enough to be good family companions, they are still small enough to be carried. Its height and weight are similar to those of the Standard Poodle breed.

If you are considering getting a puppy, you will probably want to know more about the miniature poodle breed. This breed has many benefits and is known to be a highly intelligent dog. They also get along well with other members of the household.

Though these dogs were originally bred as water retrievers, they are now generally kept as family pets.

They are also very popular in dog shows and are very intelligent. They enjoy obedience and training and are very good with kids.

When it comes to temperament, the Miniature Poodle is a mid-size breed, between the standard and tiny toy poodles.

They tend to be a bit nervous at first, but soon warm up to other pets and people. They are highly intelligent and thrive in a peaceful environment.

Despite their size, the Miniature Poodle is very active, and their activity levels increase with age. However, they will remain fairly active as adult dogs.

The Miniature Poodle is easy to train, and it will need exercise to keep fit. You should give this dog lots of attention, exercise, and mental stimulation to keep it happy. It will respond to praise and treats. It will also benefit from puzzles and entertainment.

In addition to the activities that you do with your new puppy, you can learn more about this breed’s health concerns. Here are some interesting facts about the Miniature Poodle:

If you’re thinking about getting a Poodle as a pet, you may want to know all of the top facts and info about the breed. These adorable dogs are generally healthy but are susceptible to certain health problems, such as hip dysplasia, idiopathic epilepsy, and degenerative joint disease.

While not all Poodles will develop these health problems, it’s important to learn about them and take the appropriate precautions.

The Poodle breed is very sociable and social, making it a good choice for people who like to get together.

Poodles are playful, bright, and energetic, but they can be standoffish with strangers.

Although they are not particularly territorial, they can protect their owners if they feel threatened.

While Poodles are not particularly protective, they are friendly and gentle with children and strangers.

Although poodles are known for their fluffy coats, they were originally water retrievers, meaning they were used for hunting.

Their coats are water-resistant and act like sweaters. Their webbed toes also help them in underwater activities.

And they can be found in all three sizes – miniature, standard, and giant. They are the only breed recognized by the American Kennel Club as being identical.

The Poodle is a breed known for its intelligence and agility. These traits make them excellent for any task. However, they can become destructive if they are bored, and they need their own activity.

An active owner can meet the needs of this intelligent dog and will find a loyal family companion.

However, if you’re not a fan of small dogs, you can always get a Poodle that doesn’t mind playing.

The following are French Poodles facts & info details about health problems and diseases. French Poodles can be susceptible to a range of health conditions, from cancer to hip dysplasia.

These conditions affect the ball-and-socket joint in the hip, which wears down over time and causes the dog to exhibit odd behavior.

Poodles with this condition may appear to stand up only on their front paws and be reluctant to join playtime.

The poodle breed originated in Germany but is now widely associated with France.

The poodle was originally a water retriever and its distinctive clipped coat was used to make it efficient at retrieving water.

Poodles were also used for hunting truffles and performing in circuses. Their name is derived from the German word “pudel”, which means “water dog.”

In addition to their large size, French Poodles are also known for their elegant looks. They are known as true aristocrats due to their beautiful coats.

The moderately rounded top skull and flat cheekbones help make them look very elegant. Their rounded eyes give them an alert expression, while the ears are close to the head.

The long, slender muzzle of this breed is slightly chiseled under the eye. Its long, well-sprung ribs, deep chest, and soft skin make this breed a popular choice for pet owners.

As a breed, Poodles are known for their intelligence, and they are easy to train. They are highly intelligent dogs and will learn almost anything. Originally bred to hunt game hounds, they now thrive on human companionship and active play. Poodles are affectionate, but they also need daily exercise to burn off their energy.

Although Poodles have a high level of self-confidence, they can be a little loud. Unlike many dogs, Poodles are tolerant of children and other animals.

Toy Poodle vs Miniatures are two breeds of poodles, both of which are smaller than Standard Poodles.

They are both loyal and friendly, and both breeds bark when they need attention. However, Miniatures often struggle with anxiety, separation stress, and destructive behavior.

If you’re planning to buy a Poodle, you’ll want to know the differences between the two types of Poodles.

The standard Poodle is the standard size of a Poodle, which is between 11 and 15 inches at the shoulder.

In comparison, the Toy Poodle is considerably smaller and is best suited to a household with small children.

It has low biting risk but is prone to mouthiness. Whether you choose the Miniature Poodle or the Toy Poodle, remember that they’ll both be great additions to your family.

For those with limited time to exercise, the Toy Poodle may be a better fit. It doesn’t require much space, but it does require daily exercise.

This breed may be better for apartment dwellers or people who love to play outside. The Miniature Poodle is better suited for those who enjoy a less rigorous lifestyle.

Miniature Poodles are smaller and require less space, but do have less hair than Standard Poodles.

Finally, we hope you found this article interesting? And what do you think about ”Top Facts & Info Details About the Poodle Breed!?”