HomeDogsEverything You Should Know About The Belgian Sheepdog
Dogs

Everything You Should Know About The Belgian Sheepdog Everything You Should Know About The Belgian Sheepdog

Before you adopt a Belgian Sheepdog, there are several things you should know. These are the breed standard, characteristics, grooming, and health issues.

Keep reading to learn more about this wonderful breed! And don’t forget to check out our articles on grooming and health issues!

After all, it’s your dog, so don’t forget to educate yourself! Hopefully, these tips will help you decide if a Belgian Sheepdog is a perfect pet for you!

The Belgian sheepdog is considered one of the most distinctive and popular breeds in the world. 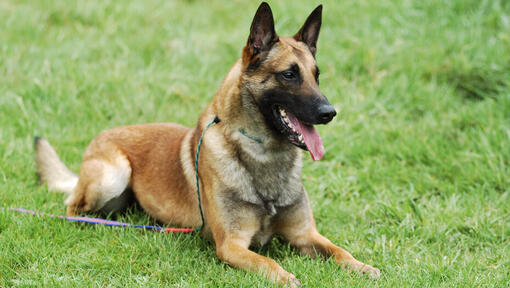 Its elongated wedge-shaped skull gives it a strong appearance and a medium size.

This document outlines the traits and characteristics of each variety, which are important for the health and welfare of the dog.

The Belgian sheepdog breed standard specifies that its coat must be short and straight. It must be hard, yet dense enough to be resistant to weather.

The coat is short on the head and ears, with longer hair on the tail and back of the thighs. The coat should fit the dog’s shape and conformity. The eyes should be almond-shaped and the nose should be black. The head and tail are proportionately long, with a slight bias towards the muzzle.

The Belgian Sheepdog breed standard calls for an intelligent, alert, and devoted dog. The breed is naturally suspicious of strangers and can display aggressive behavior if not socialized.

This breed is affectionate and devoted, but they require plenty of exercises to remain happy.

They are energetic and highly active, and they require regular jobs and training to remain healthy. Their natural instincts to chase and play will prevent them from being left alone.

The Belgian Sheepdog breed was originally developed from the common types of shepherd dogs in Western Europe, including the Dutch Shepherd, German Shepherd, and Bouvier des Ardennes.

These dogs have been popular with Belgian shepherds for centuries. However, attempts to standardize the breed came in the nineteenth century. By the beginning of the 20th century, the Belgian Shepherd Club had begun to develop the standard for the breed.

The temperament of the Belgian Sheepdog varies depending on their genetic makeup, training, and socialization.

READ ALSO:  500+ Most Popular Dog Names - A Guide To Giving Your Dogs Name!

Puppies with good temperaments are curious, playful, and willing to approach people. A middle-ground temperament is an acceptable trait for this breed, but the breed standard does not exclude reddish coats.

A dog with a good temperament is generally docile and affectionate, but one who exhibits excessive shyness or fearfulness could be a danger to both humans and other animals.

The Belgian Sheepdog is a medium-sized herding dog, which has many distinctive characteristics. Though technically a single breed, the Belgian Sheepdog is actually bred into four distinct varieties, based on their coat type and color.

According to the American Kennel Club, the four types are separate breeds. Here are some of the most common characteristics of Belgian sheepdogs.

A medium-length coat is characteristic of this breed. This wooly coat is water-repellent, silky, and flat. The coat is either red, blue, or black, with white markings or copper points.

The tail hangs low. The face is moderately rounded and flat. The ears are rounded. The head is round and symmetrical. Its ears are well-feathered and full.

A white dog can be lemon or orange. Its ears are large and thick with a wide, rounded lower edge. The skull has a high occiput, and the nose is brown.

The tail is short and set just below the line of the back. The ears are wide. The eyes are a dark shade of hazel. The coat is water-resistant and repels water.

The American Staffordshire Terrier is an excellent hunting dog. A Belgian Sheepdog puppy can be champion or non-champion-sired. The Belgian sheepdog is a large breed of sheepdog, originating in Belgium. Their size makes them excellent for hunting. They can live in any part of the world.

There is no official Belgian sheepdog breed standard, but the American Kennel Club maintains guidelines to determine the dog’s size and breed type.

So, it’s important to read the standard to ensure your dog is of the highest quality. The coat of a Belgian sheepdog is a distinctive characteristic.

The coat is thick and tightly coated, with a coarse top layer. Its fur may be rust-colored or white. The eyes are almond-shaped and brown.

They are very intelligent and love to please their owners. There are two main types of Belgian sheepdog: the American Pit Bull Terrier and the Belgian Sheepdog.

READ ALSO:  All You Need To Know About Life & Features Of Collie Dog Breed

Despite the breed’s active lifestyle, the Belgian Sheepdog can experience some common health problems. Because of its thick coat, it is important to trim the dog’s nails to prevent painful splitting, cracking, or breaking.

A veterinarian can spot any underlying problems and help prevent future health issues. Before getting a Belgian Sheepdog, make sure that you have it checked by a veterinarian.

Because the Belgian Sheepdog is a large, muscular breed, there are certain health problems that can affect it.

While many Belgian shepherds are healthy, some of their genetic makeup may result in specific health issues.

Hip dysplasia, for example, is common in Belgian shepherds, and the breed is prone to elbow dysplasia and seizures. Regular checkups, good nutrition, and exercise can prevent these conditions.

Other health issues associated with the Belgian sheepdog include epilepsy and eye disease. Certain cancers may also develop, including pannus, progressive retinal atrophy, and hemangiosarcoma. Hip dysplasia is a common bone disease among dogs. It results from a hereditary malformation of the coxofemerol joint between the femur and hip.

The disease causes pain and difficulty walking and can be debilitating in advanced stages. In some cases, the condition may result in complete disability.

As with other breeds of dogs, cancer is a common problem that plagues older Belgian Shepherds.

While most cancers can be cured, the Belgian Shepherd is particularly vulnerable to certain types. However, there is hope.

Early detection is critical, and veterinarians will perform periodic blood tests and look for lumps and bumps during a yearly exam. While these diseases may not be curable, they are preventable if detected early. The Belgian Sheepdog has a high level of energy.

Without an adequate amount of exercise, it may become difficult to manage. Moreover, this breed is likely to exhibit herding behavior around other pets and children.

Medications, especially anesthesia, can affect the breed’s health. As with any breed, it is vital to follow your veterinarian’s advice and consult a veterinarian when dealing with Belgian sheepdog health problems.

The coat of a Belgian Sheepdog is very thick and needs regular brushing. Despite the protective double coat, this breed needs regular grooming to stay healthy and beautiful. Brush your dog at least three times per week.

READ ALSO:  Everything About Life & Features Of Chorkie Dog Breed

The best time to brush your sheepdog’s coat is before he molts or sheds so that you can minimize bad doggie breath.

It’s also important to clean your dog’s ears every week, or as often as needed. The hair of the Belgium Sheepdog is mostly black and may need clipping regularly.

Depending on his coat, the toenails of his hind feet may need clipping. The front feet grow longer than the back, so trimming the toenails is important for this breed.

The Belgium Sheepdog can live for 13 to 14 years and is generally a one-person dog.

As with most sheepdogs, the Belgian sheepdog sheds year-round. To keep it clean and odor-free, you’ll need to give your dog regular brushing and combing to minimize tangles.

A thorough weekly brushing will remove any loose fur, and you’ll notice a noticeable difference in your dog’s appearance. However, it is worth mentioning that this breed also gets along with other dogs, such as huskies and gerbils.

The Belgian Sheepdog is one of the four breeds of shepherd dogs developed in Belgium in the late 19th century.

Originally used to herd sheep, the breed eventually made its way to the United States and began working as a police dog.

While there are several jobs for this breed, its athleticism makes it an excellent choice for dog sports. You can find a Belgian Sheepdog at a local shelter or rescue group.

Unlike other breeds, Belgian sheepdogs thrive indoors. In fact, they should live in an apartment or a house with a fenced yard, as they tend to be high-energy dogs.

They also do well with children if they are raised from puppyhood. The breed is not suited for living alone for long periods of time.

Finally, we hope you found this article interesting? And what do you think about ”Everything You Should Know About The Belgian Sheepdog!?”