Everything You Need To Know About Life And Features Of Camels Everything You Need To Know About Life And Features Of Camels

If you’re interested in learning more about camels, you’ve come to the right place. Here, we’ll look at the breed’s size, habits, and physiology.

Learn about these magnificent animals so you can appreciate them for the beauty they are.

In addition, we’ll touch on their morphology and adaptations. After you’ve mastered the basics, you’ll be ready to learn more about their unique lifestyle.

Among its many adaptations, the camel’s ability to survive in deserts is probably one of its most remarkable features. Its humps are adapted to store fat and water, and it also has long eyelashes and thin slit nostrils that protect them from sand blowing into their faces.

Camels also have extremely long eyelashes, which allow them to keep out strong sunlight and bugs. Studies of the genome of camels suggest that they have evolved their own physiology in response to the desert environment.

Camels have different genetic makeup than cattle, so their adaptations could reflect the differences in fat metabolism.

This information could aid the study of how camels adapted to their environments and what factors may have caused the evolution of their behaviors.

And although this is still a preliminary study, future studies will help us understand what makes camels tick in the desert.

Camels have two pairs of eyelashes, which help prevent sand from getting into their eyes. Their nostrils have a leather lining, which prevents thorny desert plants from piercing their eyes. Furthermore, their eyes are covered with shaggy hair to shield them from dust and sand. This coat also keeps them warm. Camels have an extremely thick coat.

They also have large feet, which help them to walk steadily on shifting sands. As a result, camels are often used as pack animals. Their hump contains an estimated eighty pounds of fat.

This fat provides energy during times when food is scarce and allows them to travel 100 miles (160 km) without water. Unlike humans, camels can travel for longer periods without water.

The adaptations of the camel have evolved to keep them from becoming dehydrated. So far, camels have been able to survive in the desert for centuries.

A camel’s habitat is surprisingly diverse. It can range from the stony uplands of the Gobi desert to the dune seas of Arabia and the Sahara. The camel’s versatility has led to its nickname, “ship of the desert.” Their varied habitats require a range of adaptations to thrive. This book explores the varied habitats of camels in these areas.

READ ALSO:  All The Facts & Info You Need To Know About Animal Bears

Aside from their habitat, camels are also important livestock, being used for transporting people and goods.

In addition to their habitat, camels have adapted to a variety of environments, and their humps are used for storage. In cold winters, camels retain their thick, shaggy coats.

As summer approaches, these coats are shed. Camels are also highly adaptive to varying temperatures and have evolved to face the harshest conditions.

They can survive in extreme temperatures and even reach the Arctic Circle, which is the coldest region on earth.

Interestingly, the Iranian camel researcher Hedayat-Evrigh identified genetic variations that affect the species’ ability to survive in a desert. The results indicated that these camels possessed genes that were beneficial for their ability to survive in extreme conditions. However, it was the nomadic lifestyle of IB camels that led to a positive selection of genes in the lung alveolus.

For example, there were 26 GO terms associated with the immune system among the camels of this region. The selection of immune-related genes was possibly driven by the camels’ exposure to a variety of pathogens.

In contrast, wild Bactrian camels are critically endangered, surviving only in remote areas of northern China and southern Mongolia. They are considered an umbrella species of the central Asian desert ecosystem.

Most information on their habitat requirements comes from anecdotal sightings. During an expedition in northern China in May, seven wild camels were tracked over the Jiashun Gobi.

If you are traveling by camel, it is necessary to determine the size of the animal. 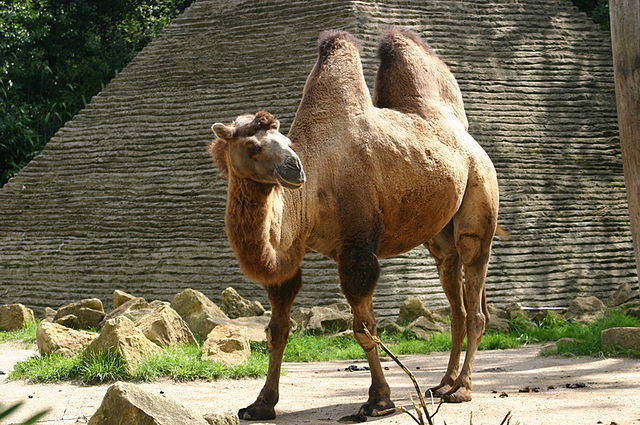 Camels are the largest land mammals, with a height of about five meters. Their necks are tapered, so they should be fitted tightly.

Camels should be kept upright while being tethered using ropes. During transport, camels should be held in sternal recumbency with their heads upright.

During transport, it is important not to apply any reversal drugs until the ropes are removed and the camel is restrained. The size of camels depends on what breed they are.

The Dromedary camel can grow to be over seven feet tall and weigh up to 1,800 pounds.

The hump on camels’ backs is unique because it is not filled with water, but contains hard fat that can be broken down and used as energy.

A camel can go for up to 30 days without water. Because of this, they are used extensively in travel, especially on long desert journeys.

Blood samples were collected from camels from the Pack Animal Section and the DRDO-Defence Institute of High Altitude Research. The samples were analyzed for morphometric parameters and haematological parameters. In addition, the camels were compared to lowlander Bactrian camels.

The researchers also took measurements of the camels’ neck and shank skin thickness. This information will help researchers determine the optimal size of camels for future breeding programs.

Camel herds usually have at least seventy heads. The Gezira herd has the smallest camel herd size. Camels are also social animals. They live in herds, with one adult male dominating.

The BCS, or Body Condition Score, is a measure of the camel’s physical health. It shows a positive relationship with age, cleanliness of bedding, and the duration of caretakers’ experience with camels. It is inversely related to disease and limited feeding space.

Camels with dirty bedding scored the lowest in BCS, while those that had been in captivity for a long time had higher scores.

The pens were mostly placed in the shade or the sun. Twenty-six percent of the pens were classified as dirty or had water temperatures above 38.3 degC.

The bedding was clean or partially clean, and the prevalence of disease ranged from 12.5% to 66.7%. A high percentage of camels were confined to limited spaces.

These animals are docile in nature and are most prone to biting and kicking when annoyed. The Bactrian camel, in contrast, is docile but can exhibit aggressive behavior when frustrated. It will bite and kick when annoyed, but will not engage in combative behavior unless threatened. To evaluate the effectiveness of these interventions, camels were divided into four pairs based on age, parity, and milk volume.

Milk offtake ranged between 1.7 and 3.6 liters per day. The experiment was conducted over a 16-day period. In the final experiment, one camel stopped eating on day twelve of the W16 treatment.

READ ALSO:  Everything You Need To Know About Lions

Therefore, the remaining days were excluded from statistical analysis. It is difficult to determine how much difference the intervention had on camel health.

Reproduction of Camels takes place in two phases. The first phase is the gestation period, lasting 360 to 440 days. The second phase is the lactating period, during which a female camel gives birth to one or two young, each weighing 37 kg. During the lactation period, the mother camel breastfeeds her young for two years before weaning them.

Reproduction of Camels can also be achieved using SCNT, which uses in vivo-matured oocytes to generate embryos. This technique is effective in both sexes, and the rates of pregnancy and live birth were similar between the groups.

Similarly, oocytes obtained through SCNT procedures produced almost as many blastocysts as those in Group A. These results suggest that SCNT may be a viable option in overcoming camel reproduction problems.

The reproductive performance of livestock depends on the genetic potential of the species, the management of livestock keepers, and the conditions in which they are reared. Economic benefits also contribute to the increased interest in camels and their reproduction processes. In the Third World, camels are predominantly found as livestock for sale and provide marketable products.

The reproductive efficiency of camels is low in natural pastoral conditions, possibly due to the short breeding season, late puberty, and a long gestation period.

A similar story occurs in France. In 1881, camels were used to transport advertising kiosks. In Paris, they were seen by 250 people.

Consequently, the prefect of police prohibited the use of camels for advertising in the city. After the ban was lifted in 1881, more camels were introduced.

This phenomenon was not limited to the Paris metro but was seen in other cities as well. But the story of camels is not over yet.

Finally, we hope you found this article interesting? And what do you think about ”Everything You Need To Know About Life And Features Of Camels!?”